Unbelievable stories have been heard about this mountain. One thing is certain, however, that the inhabitants of the surrounding areas of Olympus have many stories telling you because they live these legends every day. In all these, the inexplicable natural phenomena of Olympus also play a major role over which dozens of studies have been done by so many scientists, physicists, geologists and others.

The Secrets of the Mountain of the Gods

As you have seen so far, the legends and stories around this holy mountain are countless. Whether natural phenomena, or unexplained events, or even myths that have been kept for years, one is sure that Olympus in mythological history was not accidentally the most important part of Greece… It was not accidental, the center of the world! 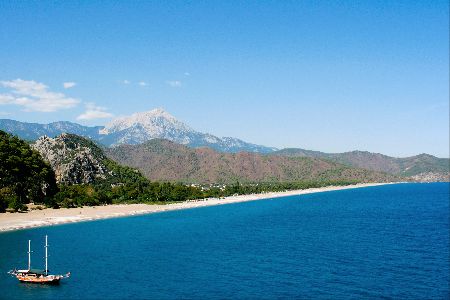 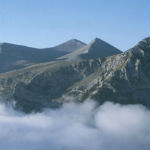 There are the pyramidal peaks of Olympus, which, according to the tradition and the view of the scholars, are only random. From ancient Greece we know that all the important sites chosen by the Greeks were in strategically important places or in holy places by nature itself. This is also the case with the pyramids of Olympus. Only according to the tradition and the stories of the inhabitants of Olympus, which have survived to this day, these pyramids were created in ancient times, either by an advanced human technology, since they seem to be carved or created by the gods themselves for their own strategic points. In these three pyramid peaks there are the Toumba, Ag. Anthony and Prophet Elias respectively. 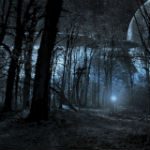 For five years now, an astonishing U.F.O has become a permanent resident in the prefectures of Pieria and Magnesia and more generally in the greater area of ​​Olympus. It has been seen by hundreds of people, each time with the same awe. 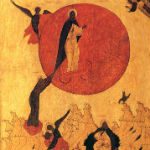 The Church of Prophet Elijah

Many residents and scientists who have reported that there are very strong electromagnetic fields in the area where the Prophet Elijah Church is located in Olympus. Indeed, there are testimonies of many people who were attending church operations, saying they felt a chuckle and lifted their hair from the strong electrical charge of the space. 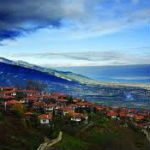 The abandoned village of Skotina

This village was once full of life. There was a great deal of activity in the livestock, forestry and there was also a timber factory. Inside this particular factory, which has been abandoned since the 1960s, papers, books and other items are still intact, as if they were left there just one month before. Something made its villagers to leave the village, bordered by the Morno(dark) River. Indeed, there were many who tried to get in touch with former inhabitants of the village to tell some of the incidents that had caused terror in the village and forced their inhabitants to abandon it, but all the inhabitants in a strange way, canceled these meetings at the last minute. 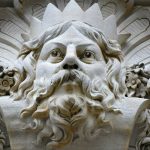 The Wreath of Zeus

Every morning with the sunrise, at the edge of the mountain the shadows depict the face of Zeus with all its features! It is a fact that all the inhabitants of the surrounding villages of Olympus have known for many years. This site has been named “The throne of Zeus”! 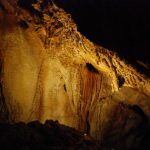 Doors of Olympus (Cave of Tsakalopetra)

The Doors of Olympus area are one of the most powerful geomagnetic parts of Greece. In this area there are testimonies for lights in the sky, for electromagnetic fields, but also for the disappearances of local residents. The cave of Tsakalopetra has attracted the interest of NASA scientists to make their own experiments due to the powerful geomagnetic and electric field, with which Tsakalopetra’s cave is loaded. 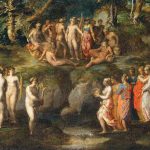 The myth of the Pierides monsters is well-known to the inhabitants of the villages around the Pieria Mountains. The river that descends from the Pieria Mountains is called the “Mornos” River (Moraos meaning dark), which, according to the legends of the area, is connected with the River Lyon of the Muses. There, the inhabitants have witnessed several mysterious phenomena. Workers and residents of the area, have reported that they saw naked girls dancing in the woods singing and several other such phenomena that characterized them as Muses.