Greek mythology is a beautiful fairy tale based on fantastic stories or a reality where the mythical heroes were historical figures?

The meaning of the word “myth” is coming from mythos – prediction. The main idea is a narration about Greek gods and heroes. There is an opinion that the cause of the origin is storytelling. We can see the earlier elements of religion, philosophy, and sciences. The legends are transmitted by oral tradition from generation to generation, that is why there are different variants. The tradition often reflects real events. It’s thought that Troy well known by Homer’s poems was invented. But when Ilion discovered this legendary city, humanity has received the proof of ancient legends.

Myths lead us back in time when a man has a connection with the earth and nature. Through mythology, we travel to a strange and beautiful world. We’ve read every legend a couple of times by a few different writers, and then we’ve written them in our own way, with simple words and beautiful images.

Greek mythology has an essential influence on Western civilization in general, its philosophy, its history, its politics, its arts and literature, and is considered to be a key element of Western heritage. It is part of education, from a young age, in many western countries. Poets, intellectuals, and artists have drawn inspiration from Greek mythology.

We hope you will enjoy reading the pages of Greek mythology.

Once upon a time on the fear of gods, Zeus called upon Paris to judge the beauty of the three Goddesses, Hera, Athena, and Aphrodite. Each of them promised and tried to bribe Paris into choosing them. He chooses Aphrodite and she promised him the love of Helen. She was Menelaos’ wife. Then in Troy, he claimed his rights as the true prince. Later he went off to Sparta tempted and took by force Helen, then he returned in Troy. Menelaos was angry when he found out what has happened, he decided to conquer Troy. Thanks to Sparta, Menelaos tried for nine years to penetrate.

One of the mornings, Trojan observed that all of Menelaos warriors had disappeared, were left only one wounded man and a large wooden horse. The Trojan took a man and a horse in. The man told about the horse as if it was a present for Troy. Trojan left the horse in the center of the city. That night Menelaos warriors got out of the construction and killed a lot of men, and destroyed the city. The main cause of that war was a passion. Except for the theme of love, “Troy” tells about the brutal reality of the war.

What are Myths and Mythology

Greek mythology consists of a rich collection of narratives that refer to the origins of the world and describe the life and adventures of a wide variety of gods, heroes and other mythological creatures. We could say that a myth consists of the real myth (=historic event) and the false myth (=fantasy).

The term Greek mythology covers all the myths that are related to the Greek tradition, as they are presented in the texts of the ancient Greek writers. These stories were originally formed through the oral and poetic tradition before they were written in the works of Greek literature.

The oldest known literary sources are the two epics, the Iliad and the Odyssey of Homer (8th century BC), dedicated to the events of the Trojan War and to the Odysseus adventures that followed. The poetic works of Hesiod (8th century BC), Theogony and Works and Days are a major source of Greek mythology. Several myths have also been preserved by Homeric hymns, segments of epic cycle poems, lyrical poems, works of the tragedies of the 5th century BC, writings of scholars and poets of the Hellenistic period, and texts written by writers of Roman times such as Plutarch and of Pausanias.

The Genesis of Gods

According to the oldest tradition narrated by Homer, the father of the gods was Oceanus who embraced the whole universe. His union with Tethys was the origin of all the other gods. Oceanus is presented by Homer as a calm, white-haired old man with a sweet smile, who never participated in the quarrels of the gods and lived away from earth and Mount Olympus.

Unfortunately, Homer does not enumerate the descendants of Oceanus and Tethys. Much more complete is the myth about the beginning of the world and the origin of the gods narrated by Hesiod in his “Theogony”. So in the beginning, there were Chaos (the Void), Earth and Eros. These three primeval divinities were not related; they simply appeared one after the other.

Chaos was a pitch-dark gloomy void with no sign of life. Absolute silence reigned everywhere. This terrifying primordial creature was boundless with no beginning or end. It was so vast, that if somebody lived in those times and could fly, they would fly all their life without ever reaching an end. And again, if somebody started to fall instead of flying, into the gloomy void, Chaos, they would be falling for all their life without ever reaching the bottom. Amidst the immensity of cosmic time – and without any form of sexual intercourse – there sprang from Chaos two strange creatures, Erebus (Darkness) and Nyx (Night). These too were two black and gloomy beings with enormous wings. Huge and strangely shaped, they stood opposite each other, blinking their dark eyes without exchanging a word. Absolute silence and solitude continued to reign throughout the cosmos. The only difference between them and Chaos was that they had a beginning and an end. They were still huge and one would have to run for months to go from one wing to the other, but they would possess a limit. All this darkness and silence reigned until the moment Eros, the last of the three primeval divinities, came between the two awesome creatures. Under the influence of Eros, the absolute coldness started to leave the two mysterious beings. They exchanged their first words and thus managed to drive away from the endless solitude that had dominated them for ages.

And then, Aether (the upper atmosphere, or the matter that binds the worlds) sprang up from this strange relationship. Bright, and shiny, with transparent wings, he shone his divine light in all directions. He was exquisite, with a smile on his face, a huge body, and yet harmonious limbs and a snow-white skin. He spread his enormous legs over the whole universe and scattered his glow over the pitch-dark Chaos. Then Hemera (Day) made her first appearance – she was another divinity, similar in brightness, but this time, female. The brilliant, perfectly fair, breathtaking maiden with pure white wings threw at once her withering glance on Aether and smiled at him. When Aether faced another similar bright creature he felt very happy. The two siblings, cheerful and playful, brought happiness to the world. They played and chased each other in the immense cosmos and hid behind huge meteorites. Often, with their mischievous and noisy bustle, they exasperated their aged parents, who, deep inside, however, were very proud of their glittering children. For ancient Greeks, Aether symbolized the upper part of the atmosphere, which constituted the cleanest part of the air. Naturally, Hemera symbolized the day, the part of the twenty-four hour period, which is immersed in light and always succeeds the night.

It is said that, much later, Hypnos (Sleep) and Thanatos (Death), two twin brothers closely related to humans, appeared from within the dark bowels of Nyx (Night) followed by Apate (Deceit) and Eris (Strife). Apate was an intriguing goddess who possessed people and led them to commit unlawful acts and knaveries. Eris (the quarrel), sowed the seeds of discord among humans and gods. Her horrifying children were Ponos (Pain), Lethe (Oblivion), Lemos (Famine), the Maches (Battles), the Fonoe (Killings), Dysnomia (Transgression) and Orkus (Oath), who beset the lives of mortal beings.

Gaia (the Earth) who lay in the infinite Chaos, after the birth of Aether and Hemera (Day), gave birth, without any male intervention, to Uranus (Sky), Pontos (Sea) and the Mountains. (Oroi) Uranus was the firstborn of Gaia and he was larger than her, surrounding her and encompassing the whole iron cosmos within his infinite vault. He was extremely handsome, vast and deep blue. Gaia was so fascinated by her first son, that she fell in love with him and she was united with his enormous body. From this union, countless gods were born.

Sometime after the birth of Uranus, Gaia went into labor again. Her pains were unbearable, a whole war was going on deep in the bowels of Earth, which was shaking all over. Thus, after some time, huge giants started to sprout up from the earth’s surface, immense and vast with peculiar bodies. These giants were the terrible Mountains (Oroi). Earth never liked these children that had made her suffer so much until their birth. But she had to live with them and to put up with them since they were attached to her enormous body since their birth. Each time earth tried to remove them from her body horrible pains tortured her. Finally, Mother Earth accepted her fate.

Yet, before recovering from the pains caused by the Mountains, Earth again felt something moving in her womb. This time, however, the pregnancy was sweet and painless. Earth felt a pleasant tickle and a babbling sound could be heard at night that caressed her ears. Of course, she was curious to see what kind of creature would come out of her profound depths. But in reality, she had an intuition that this time, her new child would not be as terrible as the Mountains. Sometime later the immense Pontus (Sea) sprang from her body. Right away it poured out and surrounded Gaia cooling her and making her more beautiful as he covered her all over with his deep-blue body. Pontus took her in his huge arms and Gaia was glad and proud of her new son, who was beautiful, dashing and mighty, sometimes calm and serene, and sometimes frothy and swelling with enormous waves.

It is also said, that after the defeat of Uranus by Cronus, Gaia was also united with her second son. From this union, she gave birth to all the divinities personifying the forces and the forms of the sea, the rivers, the springs, the lakes and all the liquid elements in general. The children of Pontos and Gaia were Nereus, the god of the water, Thavmas the magnificent, Euryvia the powerful, Phorcys and Ceto, protectors of the maritime cetaceans. Nereus coupled with Doris, a daughter of Oceanus and had fifty daughters, the Nereids, who protected the seas and the seamen and lived in caves by the sea. Thavmas joined with Electra, the other daughter of Oceanus, who bore the winged Iris and the voracious Harpies, Aello, Thyella (Tempest), and Ocypete (Gorgoptere). Phorcys joined with his sister Ceto who gave birth to the two Graeae (Grey Old Women), grey-haired from birth, and the three Gorgons (mermaids).

Gaia symbolized for the Greeks the inexhaustible power and the source of fertility. She was considered to be the Universal Mother and the mother of the gods. As for Eros, the third primordial divinity, it must be mentioned that he is not the famous mischievous god, the son of Aphrodite, who shot humans and gods alike with his bow, but a primeval force of attraction that led the elements to their unions and compositions. He had unlimited power but was the only one of the three primeval divinities that had no offspring at all. 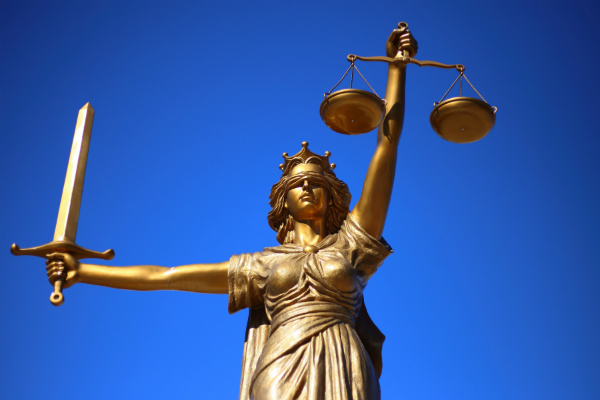 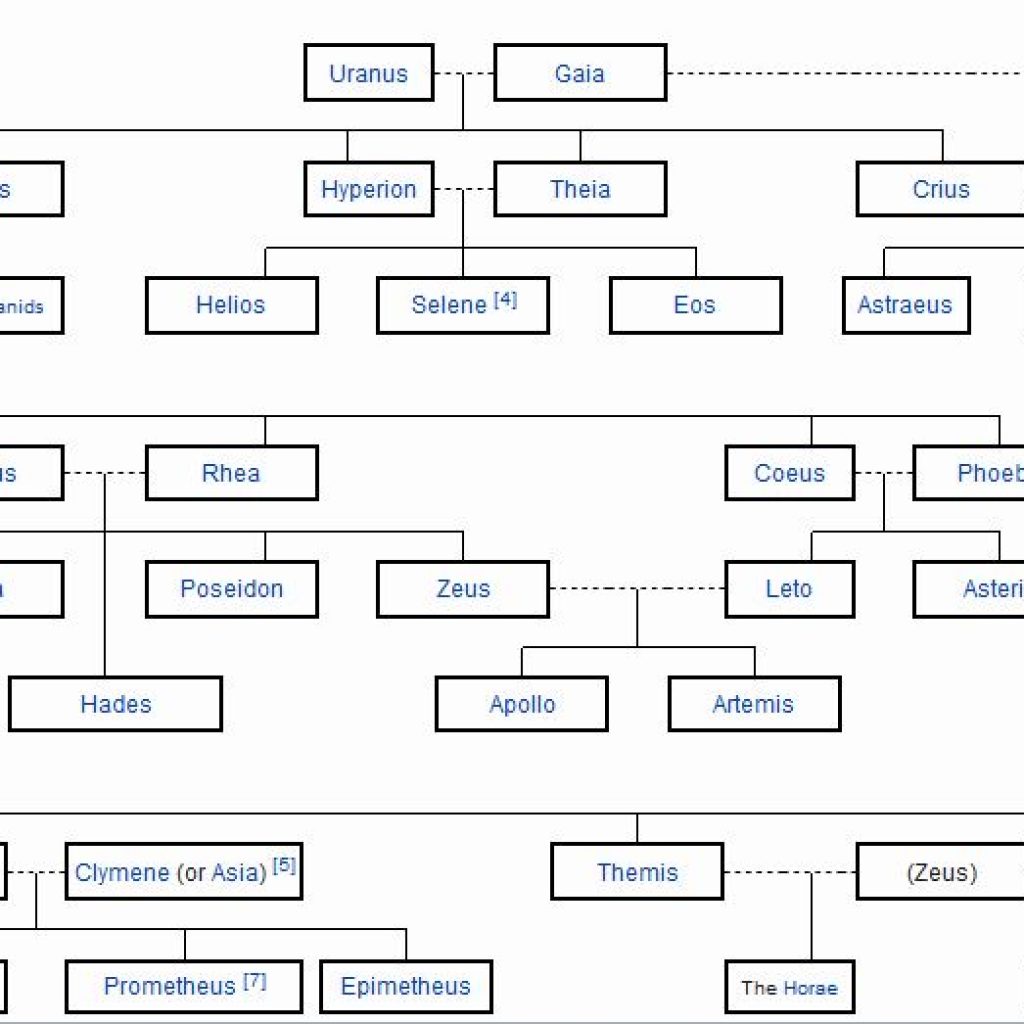 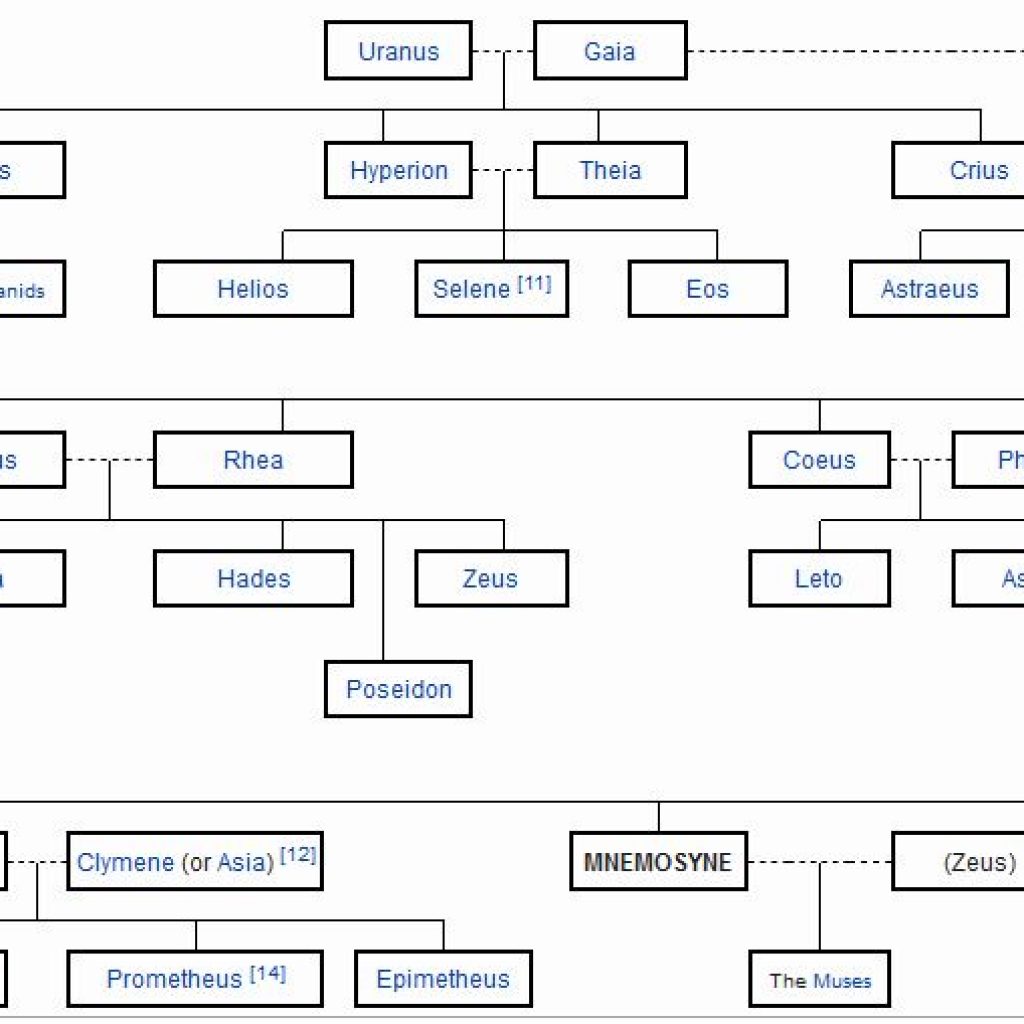